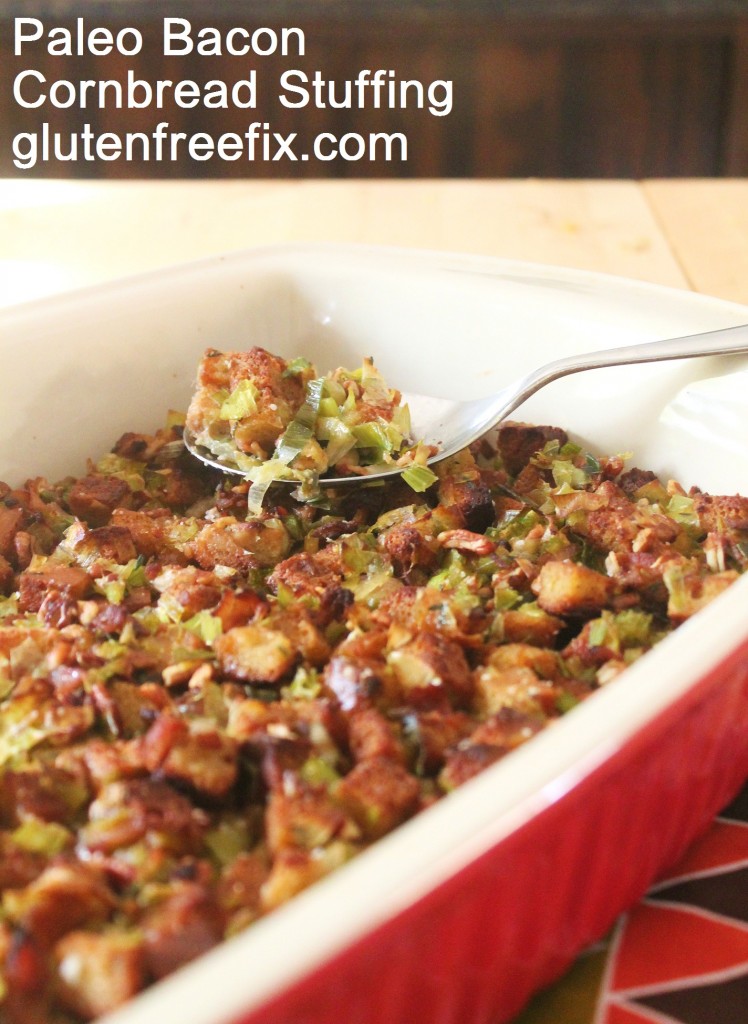 So in all of my years gluten free, I have never really attempted to replicate stuffing.  For one, growing up my idea of stuffing was from a box, I think we all know which one I am referring to.  And secondly, I was never really a big stuffing person, so being new to the gluten free lifestyle, I was a bit overwhelmed and was just focused on having the basics like turkey and a few sides.

Well now I’m up for the challenge, making a complete gluten free, paleo Thanksgiving feast.  For the first time in years I am no longer the only one eating this way in my family, my daughter and a few cousins have jumped on the Paleo bandwagon (and feel amazing by the way!) I tell you, it does feel nice not to feel alone and sitting in the corner eating my “special” food…. everyone giving you the sad eyes and pitying you.  That is not the case anymore, these days I make my “special” foods in large enough portions to share and family members are actually interested in eating my food :)

My husband really enjoyed this stuffing, he said the texture was great, flavor was on point…. his only gripe, not a fan of nuts in stuffing.  So I left that optional for you to decide.  I personally love the nuts and the nice added crunch they bring to the stuffing. So you make the call. 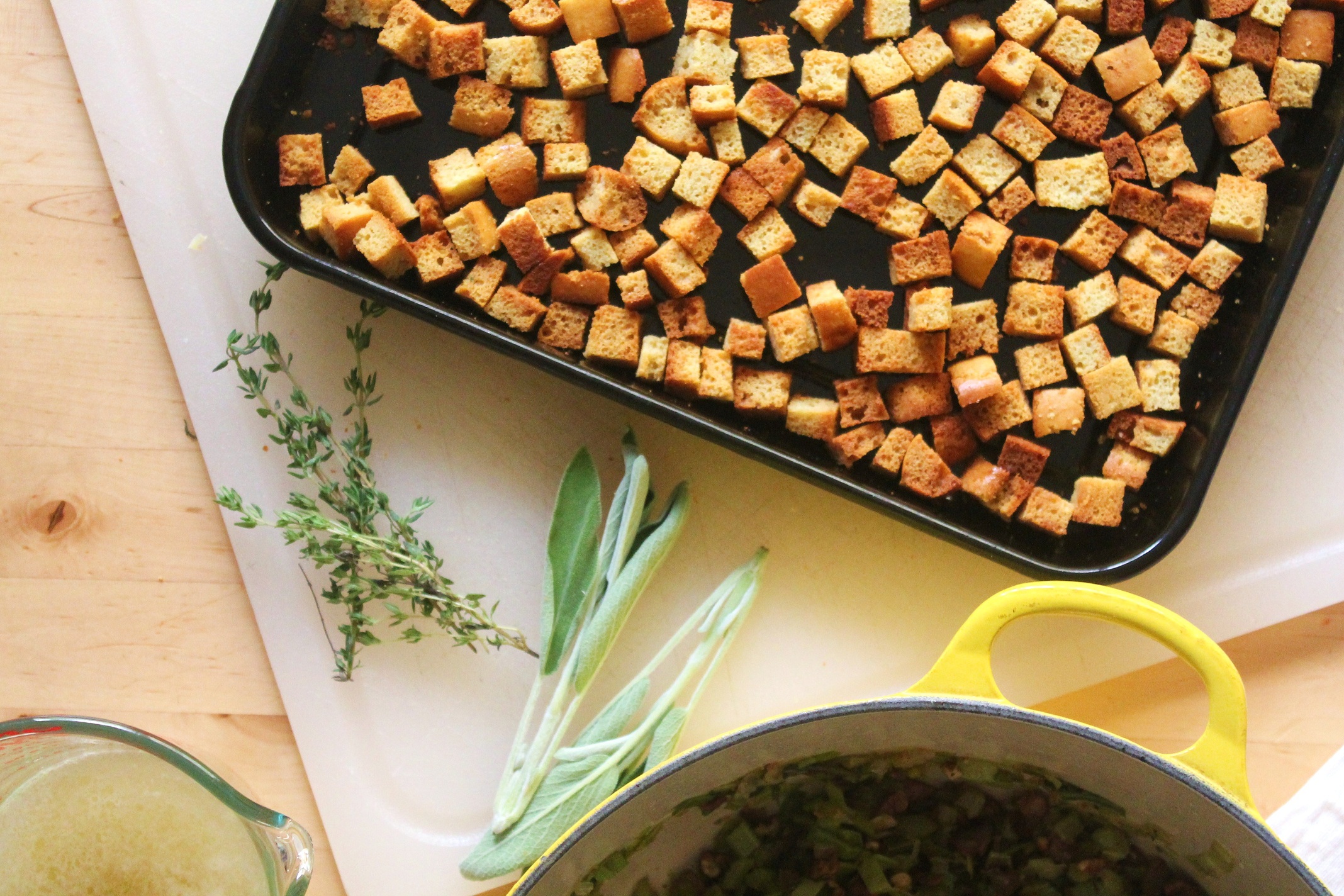 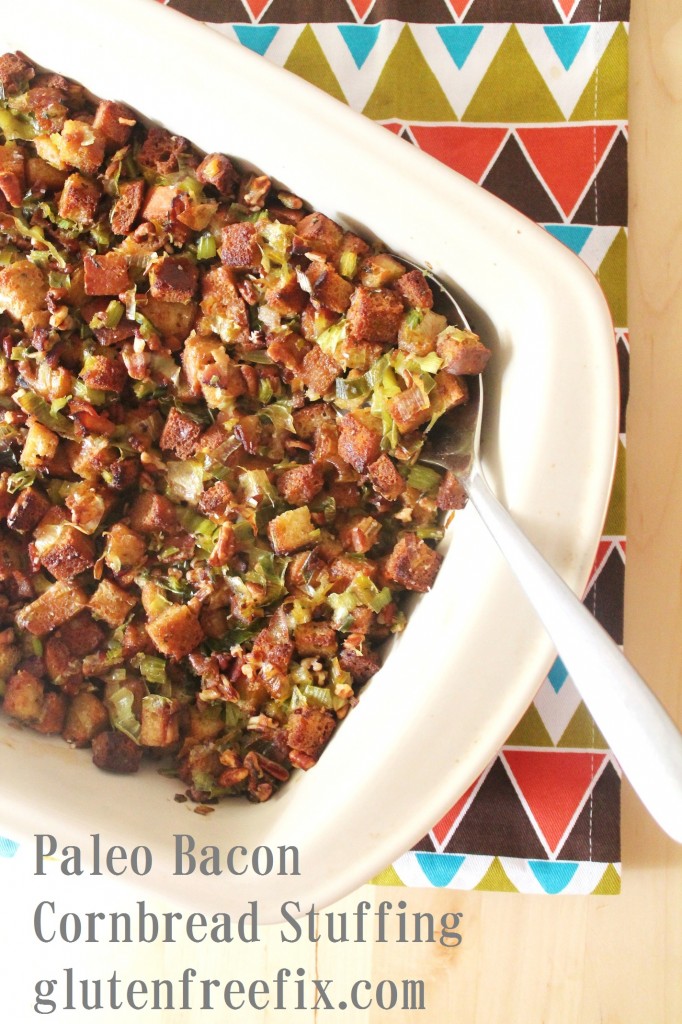 A few more steps go into this, but no more than a gluten-full stuffing :)

Searching is in progress